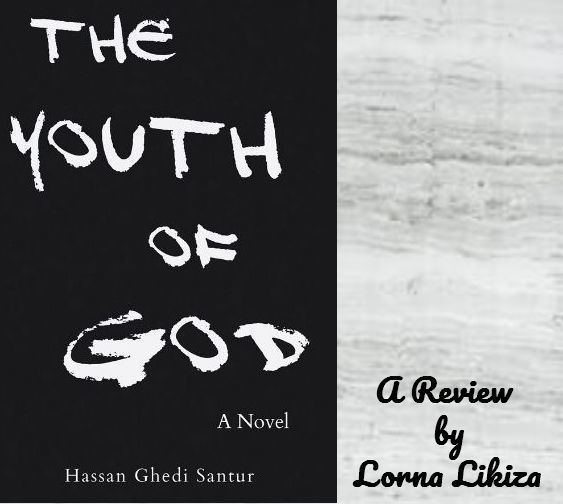 The Youth of God by Hassan Ghedi Santur

The Youth of God is a story centered on 17 year old bright student, Nuur, a Somali immigrant living in Toronto, Canada with his family. Influencing his choices is Mr. Ilmi, his Somali, Biology teacher at school, who notices his great potential and develops a strong desire as a result to help him succeed. Mr. Ilmi is not the only one who discovers just how special Nuur is as Imam Yusuf, at the mosque Nuur frequents being quite the religious teenager, is equally intent on utilizing his young student’s intellect for other selfish pursuits.

I really appreciated how the author expertly tackles a range of themes and does not shy away from the difficult ones either. In Mr. Ilmi is a progressive Muslim, who often comes across as dissatisfied with his own life. He dislikes the environment he lives in, mourns his unfulfilled dreams of becoming a surgeon instead ending up as a Biology teacher and is at times, tempted to regret his agreement to an arranged marriage. We also get a sense in Mr. Ilmi’s character of how the civil war in Somalia only served to uproot families, scattering them all over the world in the process. He would end up in Canada as a child and it would be over 20 years later, that he would get a chance to visit his native country. By then, the war had clearly done its share of destruction.

On our way to the hotel where I was to stay for the next 5 days, we drove along Maka al-Mukarama, the most prominent boulevard in Mogadishu. And there it hit me just how bad things were in the city of my childhood. Two decades of bombardment had turned it into an unfamiliar city…

Mr. Ilmi would later read of the experience of his visit to an audience in Canada, who would probably neither know nor understand, the magnitude of something they had never experienced themselves. Perhaps trying to come to terms with the sorry state of affairs in his nation of birth, Mr. Ilmi chooses to focus on the often, uncelebrated strength of women in certain, difficult circumstances,

I was puzzled by the complete absence of the fathers of the children. Somalia had always been a country held together by women…

And probably, in the potential of Somalia’s future generations, no wonder his particular liking and interest in his student, Nuur. But for every effort that Mr. Ilmi makes in trying to mentor Nuur, so does the Imam at the mosque counter it by feeding Nuur with damaging ideologies. The state of affairs in Nuur’s family and his inability to fit in with his peers at school, does little in persuading him to make the right decision. Nuur is a teenager who is clearly struggling to deal with his immigrant status, being bullied, his desire to be religious and at the same time focused on academics, his parents’ on and off separation and his brother’s eventual departure for ‘greener’ pastures. All these issues seem to eventually overwhelm him and he plunges deeper and deeper into the murky world that is the Imam’s.

The Youth of God acknowledges the threat of radicalization and the fact that Somali youth, especially, are not completely immune to it no matter how far from Somalia they are. I found the book relatable, as the largely Somali neighborhood of Eastleigh in Nairobi is mentioned a couple of times. It was also somewhat disturbing, the way Kenya and Uganda are pinpointed as unfortunate terrorist attack targets. However, I wished the author had equally mentioned the bustle of Eastleigh, as a business hub and not only a destination that Al-shabaab recruits as well as Somalis on transit to other countries, preferred.

The ending of the book literally brought me to tears, with the realization of the pain that families whose sons (and daughters) get recruited into terrorist activities go through, in trying to bring them back home which is often, a fruitless task. The Youth of God is truly, a book worth reading.

(As reviewed by Lorna Likiza)

Lorna Likiza is a Kenyan Writer, Co-Founder of Mehara Lit, Contributor at The Watermelanin Mag, French Tutor and considers herself a Literary Enthusiast. Her Non-Fiction and Fiction pieces have appeared on Arts and Africa, Agbowo and Ile Alo. She is a Golden Baobab Prize 2018 Longlistee for Early Chapter Books. She has a passion for Travel and wouldn’t mind travelling the world someday.